As Halloween creeps up around the corner the extensive pandemic situation makes for a real-life horrific situation for all. With the need to maintain social distancing, Halloween parties and costume revelries seem to be more of a fantasy than vampires and werewolves. However, Halloween makes for a perfect time to snuggle in front of your screens with a bowl of popcorn. Here is an extensive list of Halloween books and movies from all around the world to keep you entertained this season. 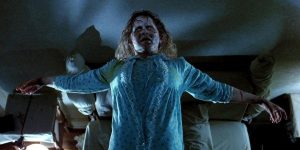 To start off on an orthodox note, we recommend you give this terror storm a watch or a re-watch. ‘The Exorcist’ was directed by William Friedkin and was a prodigy for the horror genre on a variety of arenas. Mainstream Hollywood had never before this experimented with graphic displays of blood and violence. The trope of a young girl possessed by a malicious spirit is overused now, but was founded in stone by ‘The Exorcist.’ Moreover, the movie used extraordinary practical effects to create a sense of utmost dread for the viewers. Reports claim audiences fainted, became physically sick and left the movie hall halfway through the movie due to the movie being so horrific. 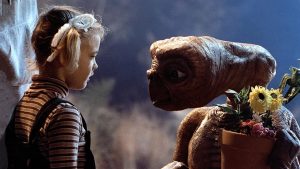 Halloween is not just about jump-scares and creepy crawlies in the dark. Steven Spielberg gave us a Halloween masterpiece in the form of E.T. An emotional rollercoaster will win over your hearts while making for a heart-warming Halloween watch. This science-fiction movie follows a young boy who makes an unlikely friend in an alien left behind by a spaceship. Steven Spielberg made this movie for the generations. 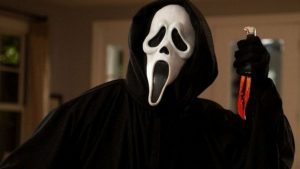 Directed by Wes Craven, ‘Scream’ is often famed to be a movie that re-invented the horror genre. Directors mostly focused on the shock value that the audiences took away from the movie. However, Wes Craven was extremely self-aware while building this magnum opus about a serial killer running about a small town. The whodunnit element of this movie stands out from most others because it is referential and even fun to watch. Furthermore, Craven was smart in including brilliant twists during the movie that keep you engaged throughout. 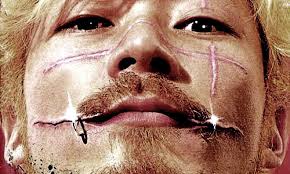 This Takashi Mike creation is as bizarre as a movie can get. Not for the faint of heart, Mike does not shy away from graphic display of gore on screen. This Japanese movie is different from the others in that it does not advertise itself as a horror movie. The movie follows the gradual growth and subsequent tumble of Ichi, an assassin. The movie is fraught with drama, violence and even dark humour. Takashi Mike’s genius is understated but omnipresent throughout the movie. 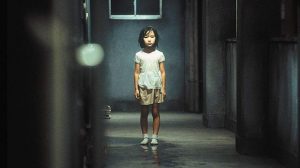 Another Japanese movie in the list follows a single mother trying to hold on to her sanity and save her daughter from a malevolent force. Hideo Nakata, the director of the movie is brilliant in creating a masterpiece through atmospheric horror. For those with hydrophobia, this movie is a nightmare as the makers depend heavily on creating suffocation through the usage of flooding. Watch this movie to experience an eerie sense of having an unwelcome presence beside you. 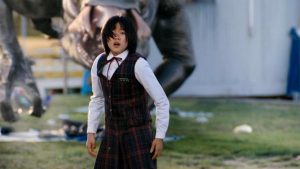 Bong Jon-ho was making entertaining movies long before he got recognition for ‘Parasite.’ ‘The Host’ is a horror comedy that follows an eccentric family’s search for their lost daughter taken by a mutated monster. The movie is horrific and emotional in equal parts. There is not a single instance where you feel jaded. Bong Jon-ho is vivid in creating a story which engages and audience in a way that is rarely found outside. This movie is a good starter for anyone wanting to venture into South Korean cinema. 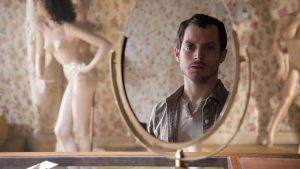 The wave of French Extremity horror movies gave rise to movies like ‘Martyrs’, ‘High Tension’, ‘Inside’ and many more. ‘Maniac’ falls among one of them. The movie follows the protagonist gradual descent into absolute madness. Throughout the movie we see the scenes playing out from his perspective which make the exploits doubly disturbing. The movie abounds in gore and violence as is generic of the French Extremism cinema. However, the movie also delves into repressed sexuality and mental health through the horror of it all. 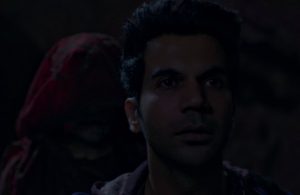 Theoretically Bollywood ranks lowly in terms of producing good quality horror movies. Amar Kaushik proved this theory extremely wrong with this horro-comedy. ‘Stree’ is a comedy, a drama, a horror movie as well as a movie that tugs at your heart. ‘Stree’ is a movie that occupies a cosy corner within you and stays there forever. You will not regret watching this movie for the first time or even for the fifth time. With undertones of feminist narratives and agency, this movie is absolutely brilliant in bringing out the best production value as well as casting. 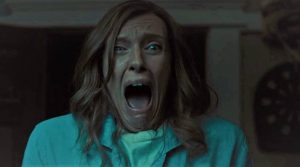 Ari Aster’s creation was rumoured to be ranked as horrific as the ‘The Exorcist.’  This movie engulfs the viewers with a sense of extreme unease and does not leave them long after the movie is over. The trailer for the movie is deceptive to say the least. The movie invites the audience with a false sense of intervention and is quick to snatch that away from them. There is not a single point of time in the movie where the viewers feel safe in the atmosphere. The colours and dim lights add to the awfully disturbing eeriness. 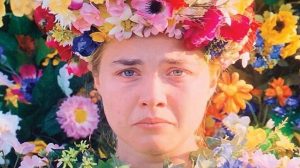 Following ‘Hereditary’, Ari Aster created ‘Midsommar’ which depended heavily on bright lights and colours contrary to the earlier movie. Nonetheless, in this movie it is the bright lights which emulate the uneasiness among the viewers. With almost aesthetic displays of gore, Aster is successful in making this movie a poetic version of a horror movie. 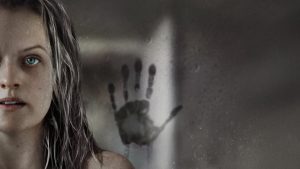 Leigh Whannell creates a set for the intangible horror of abuse in relationship to a tangible form of monstrous entity. The movie is terrifying and heart breaking in equal parts. It also awards a sense of empowerment to all its viewers through the protagonist’s relentless struggle against the perpetrator. The movie is terrifying in both the aspects of being a generic horror movie as well as being a movie that is blatant in its display of the horror of abuse. 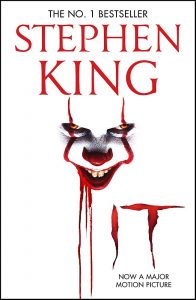 Stephen King and clowns make up a no-brainer when it comes to hardcore horror fiction. Written in 1986, It follows the lives of seven children in Derry, Maine. They are terrorised by an evil entity that exploits the fears of its victims to disguise itself while hunting its prey. The intricacies of the book run for over 1000 pages but never seem redundant. And apart from fear, it also gives you a strong sense of nostalgia and courage. 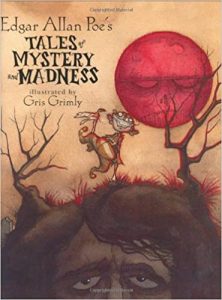 More like literally everything written by Poe, I say as I sip my coffee and positively vibe with the fear that the world and people around us are not what they seem. Poe may not be the first writer of horror stories but his work continues to scare the sanity out of readers even today. His usage of the first person narrative gives the reader an intimate view of the character’s mind, allowing them to feel connected and scared of him, at the same time. Some of his best known works include The Tell-Tale Heart, The Black Cat and The Cask of Amontillado. 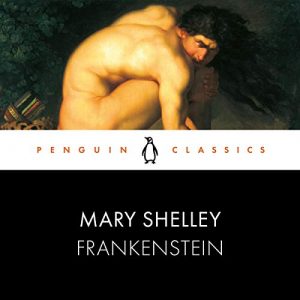 Of course, you’ve heard about Frankenstein. But have you actually read the book? It’s never too late to read this 200-year-old gothic novel about a mad scientist who creates a monster out of cadavers to satisfy his curiosity. This classic never gets old when it comes to giving you the creeps and getting your mind juices flowing.

The Other Side (Faraaz Kazi, Vivek Banerjee) 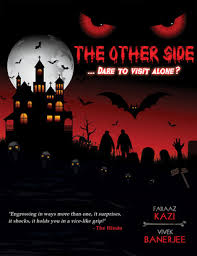 In the 21st century, you’re probably struggling to find a good Bollywood horror movie. The Other Side is the book you may want to read in such a situation. A collection of 13 paranormal tales, this book, inspired by real-life incidents, will transcend your imagination. There’s even a story about a man who stitches parts of different women together, to make his perfect woman. 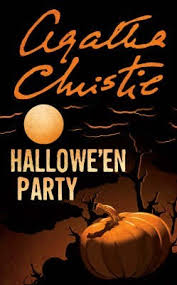 Hercule Poirot solves the murder mystery of Joyce who is murdered by being drowned in a tub of apples. Talk about the perfect Halloween setting. Maybe you want to stick to the Christie comfort zone or indulge into crime fiction, keeping Halloween as an excuse. One can always accompany Poirot and use one’s little gray cells.

Welcome To The Deadhouse (R.L.Stine) 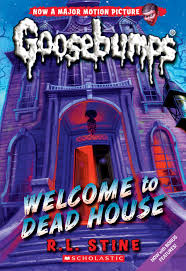 Does Goosebumps even need an introduction? No one has given us more nightmares in our childhood, other than R.L.Stine. And yet, we kept on returning to the Goosebumps corner in our school library every week because we were addicted. Halloweens are incomplete without an ode to the Stephen King of children’s literature. 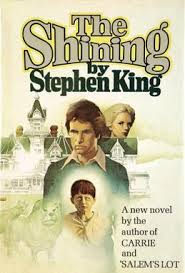 Yes, I will list another book by His Royal Highness of Horror. The Shining is inspired by King’s personal experiences in The Stanley Hotel. Jack Torres accepts the position as the off-season caretaker of the hotel. He discovers his son Danny to have psychic abilities which allow him to see the hotel’s horrific past. And as Joey Tribbiani says ‘it is the scariest book ever.’ 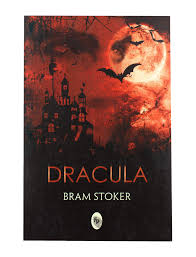 Apologies, Twilight and TVD fans, but this is the Count Dracula club, right here. No matter how many vampire adaptations you come across, nothing creeps you out like the classic old Count who sleeps in the dungeons and wears his hair slicked back. In this 1897 novel, Dracula attempts to move from Transylvania to England to find new blood and spread the undead curse. 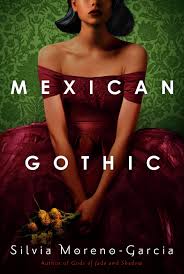 An isolated mansion. A chillingly charismatic aristocrat. And a brave socialite drawn to expose their treacherous secrets. Mexican Gothic has become a hit within readers this year with a glamorous and gothic vibe. The protagonist is a tough debutante named Noemí Taboada with an indomitable will. What more could dark academia fans ask for? 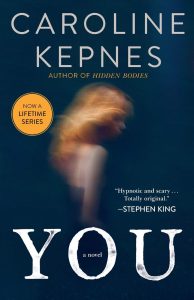 A festival can get very lonely, especially when it may fall between Dussehra and Diwali, with Christmas just around the corner. At such a point, it’s perfectly okay to make a new book boyfriend and Joe Goldberg will have you covered. Not to encourage the infamous sexy-stalker trope, but if you’ve seen a glimpse of Penn Badgley as Joe in the Netflix series, then you know I can’t help it. Caroline Kepnes’ narrative of You will have you hooked within the first few pages.