8 years to YJHD – The Sexist Entertainer

It has been 8 years since the release of the all-time favourite Bollywood film, Ye Jawani Hai Deewani (YJHD). The Ranbir-Deepika starrer has become one of the highest-grossing Indian films of all time.

The Movie is loved by the masses to date. Despite the flashy but pseudo-significant friendship shown. The Ayan Mukerji direction includes Ranbir Kapoor as Kabir, and Deepika Padukone as Naina. As the two protagonists. With Kalki Koechlin and Aditya Roy Kapur, in supporting roles.

The film is produced by Karan Johar, the “ace filmmaker” of Bollywood. It circles the lines of friendship, the epitome of Bollywood love stories, drama and unrealistic plots.

Kabir and Naina went to Manali trekking, where Naina fell in love with him but steers clear from expressing feelings for him. Unable to do so, the characters go on separate ways in their lives. Eight years later, “Charming” (not so much) Kabir and “Selfless” Naina, now a medical professional, met at the wedding of their mutual friend, Aditi, played by Kalki. 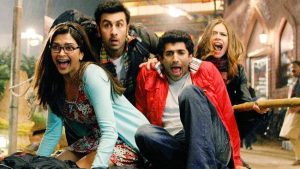 It is one of the films that no person is permitted to talk against. This reminds me of Geet, from Jab We Met.

From his sexist comments in the film to Bunny being a complete perv, displaying boorish behaviour, when he bumps into a white woman on the trip while filming, he can be seen as “male-gazing” or “checking her out”. 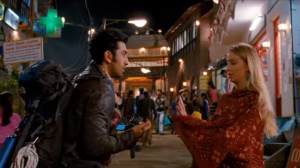 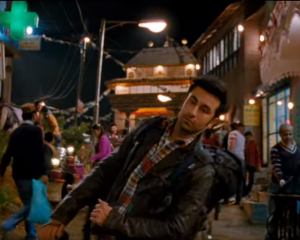 The problem arises here. The uncouth behaviour of the “hero” of the film, is being normalized in the way, that if the lead actor or the “hero” of the film i.e. Ranbir Kapoor is portraying a character like him, then it is okay for the public to do the same. In a way, you are encouraging the viewers and promoting the toxic personality, as if it’s “cool” to do so.

“Shaadi Is Dal Chawal For Pachaas Saal Till You Die … Arre Life Mein Thoda Bahut Keema Pav, Tangdi Kabab, Hakka Noodle Bhi Hona Chahiye Nah”. Bunny is against the idea of marriage, and he is objectifying women by comparing them to “food.”

“Tumhari jaisi ladki flirting ke liye nahi, ishq ke liye bani hai. Aur ishq mere sehat ke liye achha nahi hai.”. What a dialogue! Did he imply that because of Naina’s nerdy, introverted nature, he can’t possibly have an affair with her? Whereas, Evelyn Sharma as Lara, is the kind of person to have a fling with, and not someone to fall in love with? The Stereotype is visible bang on! 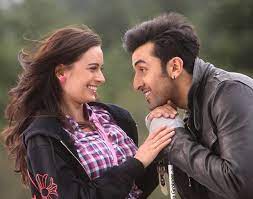 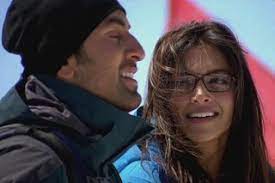 When Naina is having a good time, drinking with her friend, Vikaram (Rana Daggubati), he loses his mind. Bunny acts as if he has entitlement over who Naina spends time with and what relationship she has with him. He says “Mujhe laga tha tum daaru sirf mere saath peeti ho”. As if he “owns” Naina. And, she is obligated to present an explanation. Over why and with whom is she hanging out with? He is a selfish snob, who didn’t even care enough to contact her once in 8 years. And when she is finally trying to move on, you ruin it for her all over again. 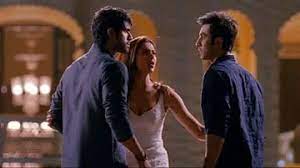 Whether it’s the “item number” Ghagra of Madhuri Dixit breaking news on the television. Or it’s energetic Holi song “Balam Pichkari”, which goes like “Seedhi – Saadhi Chori sharaabi hogayi”. This implies if a woman drinks she no longer is “innocent”. It’s infuriating how men think that they have the license to decide what’s right and wrong and what makes a woman innocent or not. Last but not the least, Batameez Dil i.e. Ignorant and Bad-mannered heart. The song translates into, “I’m stubborn, don’t know the difference between right and wrong”.

Selfless Naina restrains from expressing her feelings for Bunny, and after the leap of 8 years, we can see a completely transformed Naina, who is no longer a Spectacled, introverted person. What’s with the bizarre makeover? Yet again, Bollywood has not failed to chip in casual sexism here as well. Where women are considered to be “desirable” or “capable of love” when she is considered to have turned hotter, without the glasses. She’s no longer a studious girl but rather she’s magically hotter. 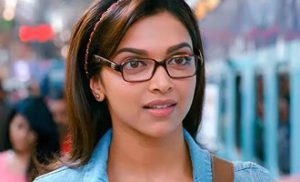 I  just want to put it out there, You are beautiful just the way you are, with or without the glasses. Don’t comply with the age-old uncultured societal norms!

He ran away from the real issues in his life and refused to face them head-on. When Avi needed his support, through the years, none of his friends was there for him. None of them helped him to get his life together. They never attempted to sort his gambling addiction. Rather encouraged it as Bunny offered him Money for the same. 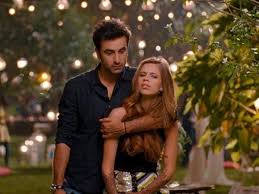 Even when everyone knew how Aditi felt for Avi and that she needed some closure on it, they pretty much ignored it. Aditi was the only character, keeping everyone together after all those years, keeping in touch. On the other hand, Naina is absorbed with attempting to cope with the nerve-wracking life of a medical professional.

Naina and Kabir are exact opposites. They’ve only met twice, and have never been in contact after their trip to Manali. But somehow they fall in love.

Bunny was a Bully in school, and Naina was an Introvert, but she fell in love with him on a trip. Later in life, after the filmy makeover of Deepika Padukone, with the sexy saree and well No Glasses? Something really “Unpredictable” happened, something we never would have expected of Kabir/Bunny. He suddenly develops feelings for her, after witnessing the changes and in “fear” of losing his chance to the very handsome Vikaram, played by Rana Daggubati.

When he falls in love with her, he gives up on his ambition and his lifelong dream job in Paris, as if it’s not a big deal to give up for love. Yes, it is not. Women are nevertheless made to sacrifice a whole lot for romance over their careers. The hilarious and unrealistic play is, how one chooses to abandon their dream over a girl they’ve only met twice. It is a dull-witted thing to do!

One should leave their brains at the door when watching it. As much as we like to watch actors like Deepika, Kalki and Ranbir perform. As much as we like watching the typical, filmy Bollywood films at times. It’s important to take notice of faulty scripts. It somehow affirms and promotes sexism, stereotypes about women, and gives an impetus to female characters being eroticized in films for the sake of entertainment. As viewers, it’s our collective responsibility to not elevate or foster such ideas in a film. Be conscious and aware of it!