Examples of success stories leave tons of people inspired. It simply gives inspiration and assists us with staying steady in our work. Along these lines, to keep you motivated, this article will unfold the success story of MakeMyTrip. 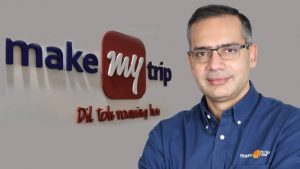 Preparation To Do Something Of His Own

After resigning from ABN AMRO bank, he started thinking about doing something big of his own. He did not want to do the job again; hence, he started thinking about what he could do and started surfing the internet or information. Meanwhile, he started getting offers from many other banks for jobs with good packages. But he was thinking of doing something different. Then he got the idea that why not do something online with which people can get help. But he was not completely satisfied yet. He still had a lot to learn for this work. So he considered the job unenthusiastically.

The Idea Of Raising Funds

He wanted to do a very challenging job where he could learn a lot, so he chose a field filled with many difficulties. He joined the American company “AMF Bowling” and took the responsibility of bringing them to India.
For Deep Kalra, it was becoming tough to raise investment in India for the AMF Bowling Company.
Deep Kalra worked for this company for four years, facing troubles and difficult conditions, and finally, after four years, said goodbye to the company. He was not at all happy with his job. His goal was to build his own platform. He also wanted to develop his business like an AMF bowling company.

Recognized The Growing Power Of the Internet

Later in 1999, he joined GE Capital of America (GE capital). Most of the work in this company was online. Soon Deep Kalra started to realize the power of the internet and learned that his business could run online with great ease, considering the fact that the future will be entirely based on the internet. At that time, the internet was spreading its foot slowly in India. 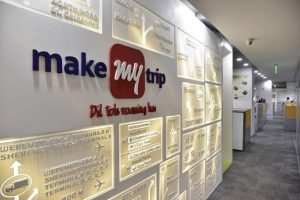 The Success Story Of MakeMyTrip Begins

Deep Kalra soon resigned from the job of GE Capital Company. Now his sole focus was his very own business. When Deep Kalra researched India’s tourism industry, he found that Indian people had to wait in queue at the ticket counters for hours to get their tickets. Deep took a good chance at the right time to do this online business. Given this problem of the people, he made plans to book tickets online. For which he launched a website in 2000, which was named MakeMyTrip.

It is a website meant to make the journey of people simple and easy. It provides online ticketing facility for train, flight, car to travel anywhere from one place to another, online facility for booking a room in any hotel. Apart from this, people can also easily book their holiday packages from home. The products of this company are the major contributors to the success story of MakeMyTrip.

The success story of MakeMyTrip is not just all about success. It’s about success can only be achieved if you have a vision and passion. Following your passion with dedication leads you to the path of success.