This Day in History – 18th March

This Day in History is DUE’s daily dose of trivia for all the history buffs out there. So sit back and take a ride to all the fascinating things that happened today!

People are trapped in history and history is trapped in people, and hence, every day has been a significant one in the foibles of History. Let’s take a tour of “This Day in History – 18th of March”.

The first public buses began to run on this day – an idea probably 200 years ahead of its time. The service introduced in Paris, was abandoned in 1675 and public transport did not return to the streets of any major city until 1895. Finally, King Louis XIV granted the Duke a monopoly, which meant that any competitors would face having the confiscation of their horses and vehicles.

Messier 92 (also known as M92, M 92, or NGC 6341) is a globular cluster of stars in the northern constellation of Hercules. Most importantly, its discoverer was Johann Elert Bode. Charles Messier in 1781 became its rediscoverer. Above all, it is about 26,700 light-years away from the solar system.

On this day in History, the US Congress granted pensions to Revolutionary War veterans for service from which no disabilities resulted. Officers and enlisted men in need of assistance were eligible under the terms of the 1818 act if they had served in a Continental military organization or the US naval service (including the Marines) for nine months or until the end of the war. Pensions granted under this act were to continue for life.

German Chancellor Otto von Bismarck resigns after 19 years of disagreement with German Emperor Wilhelm II. One of his targets was the Catholic Church, which he believed had too much influence, particularly in southern Germany. In 1890, Bismarck resigned after disagreeing with the new emperor, Wilhelm II.

1891 Britain linked to the continent by Telephone

On March 18, 1891, then, the two capitals of England and France were officially linked telephonically. However, the service was not open to the public until April 1.

Turkey granted Germany syndicate the first concession to construct a railroad through Turkish territory to Baghdad. In short, it is called the Baghdad railway. Also known as the Berlin–Baghdad railway.

Julius Caesar famously came, saw, and conquered and was a brilliant Roman general. But he wasn’t very good at sums. And the calendar that he devised in 46 BC – named the Julian calendar in his honour – was flawed, even though it was to last for 1,600 years. It was on this day in History, that Ugo Buoncompagni, an Italian better known as Pope Gregory XIII, introduced a new calendar – the Gregorian calendar – which would iron out the Julian discrepancies, eventually become widely accepted and is the calendar in use today across much of the world.

It was on this day in history when the two great dictators of the world  – Nazi Germany’s Adolf Hitler and the Repubblica Italiana’s Benito Mussolini had met. The Italian dictator nodded in agreement and in due course, joined Germany’s impending war effort in the west.

The Tito–Stalin Split, was a conflict between the leaders of SFR Yugoslavia and the Soviet Union, which resulted in Yugoslavia’s expulsion from the Communist Information Bureau (Cominform) in 1948. This was the beginning of the Informbiro period that came to an end in 1955.

The 1953 Yenice–Gönen earthquake occurred at 21:06 local time on this day in History, in the province of Çanakkale and Balıkesir in the Marmara Region in western Turkey. It had a magnitude 7.5 on the surface wave magnitude scale and a maximum felt the intensity of IX (Violent) on the Mercalli intensity scale. It caused widespread damage, killing 1,070 and causing damage that was estimated at US$3,570,000 repair value.

A statute enacted by the United States Congress and signed into law by President Dwight D. Eisenhower was responsible for establishing the State of Hawaii as the 50th state of the union of the States. Statehood became effective on August 21, 1959.

Voskhod 2 was a Soviet crewed space mission in March 1965. The Vostok-based Voskhod 3KD spacecraft with two crew members on board, Pavel Belyayev and Alexei Leonov, had an inflatable airlock. Above all, it established another milestone in space exploration when Alexei Leonov became the first person to leave the spacecraft in a specialized spacesuit to conduct a 12-minute spacewalk.

1965 First person to walk in Space

The 50‐year‐old former Prime Minister Ali Bhutto was responsible for the killing of Nawab Mohammad Ahmed Khan, father of one of his most strident critics. Therefore, he was given a death sentence, on this day in History.

Discovery landed on 18 March 1989, after orbit 80, one orbit earlier than planned, in order to avoid possible excessive wind buildup expected at the landing site. The shuttle touched down on Runway 22 at Edwards Air Force Base, California, at 9:35 am EST. The total mission duration was 4 days, 23 hours, and 39 minutes.

The mummy of an aristocratic young woman, her smile frozen in a plaster death mask, has been unearthed in a shallow pit at the foot of the Great Pyramid of Cheops. ”She’s really lovely,” said Ali Hassan, director of pharaonic monuments for the Egyptian Antiquities Organization. 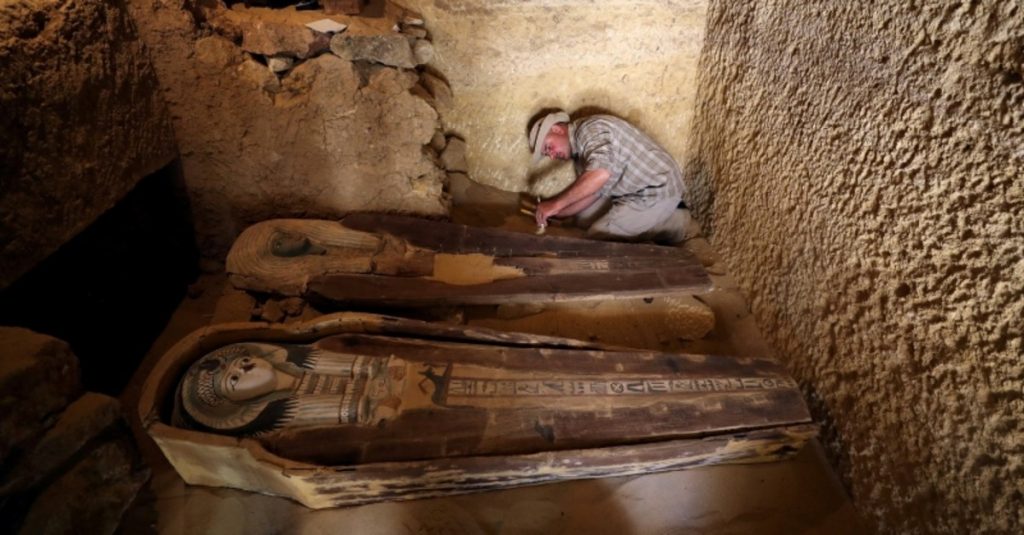 Michael Jordan announced, on this day in history that he’s coming back to basketball after taking 17 months off. Jordan shocked everyone around the sports when he retired in 1993 to pursue a career in baseball. His father’s murder in July 1993 fueled the change of heart in basketball. He played for the Birmingham Barons and Scottsdale Scorpions during his time for baseball but never made it to the majors. Jordan returned to the Bulls in 1995 wearing No. 45. Above all, he led them to three straight NBA titles (1996-1998).

On 18 March 2003, the UK Government formally recognized British Sign Language (BSL) as a language in its own right. This was a landmark in history for Deafies all over the UK.

The Suite Life of Zack & Cody is an American teen sitcom created by Danny Kallis and Jim Geoghan. The series aired on Disney Channel from March 18, 2005, to September 1, 2008.

The Obama administration ordered Damascus to close its embassy in Washington and expel its diplomats, though it did not break diplomatic relations with President Bashar Assad’s government.

He has been in power for 18 years, as president and prime minister, and opponents have likened his tenure to the reign of a tsar, or emperor.

US Senator Amy Klobuchar, calls Mark Zuckerberg to testify before the Senate Judiciary in the wake of a data mining scandal with Cambridge Analytica.

Mr Bercow had ruled that the PM can not bring her deal back for a third vote without “substantial” changes. The UK at that time was due to leave the EU in 10 days with or without a deal. The prime minister had hoped to have another try at getting MPs to back the withdrawal deal she has agreed with the EU this week – but Speaker Bercow effectively torpedoed that with his surprise intervention.

The United States border with Canada was temporarily shut-down to “non-essential traffic” due to the coronavirus pandemic. The U.S.-Canada is the world’s longest border between two countries. The closing will affect tourism, but not trade, or workers involved in so-called essential work.

For further updates, follow the “This Day in History” section.