What is SENSEX: A Beginners Guide 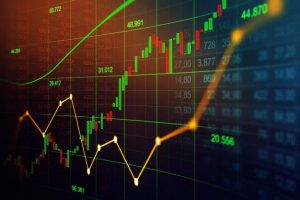 The week ended well for the Bombay Stock Exchange Sensex or the BSE Sensex. This week, the Sensex closed above 50 thousand for the first time, and on Friday, the Sensex closed up at 50,732 points. Earlier, it had touched the figure of 50 thousand in the US after Joe Biden took over. However, after that, the Sensex kept falling, but after the budget which was announced on February 1, it continued to rise. You must have heard people say that today the market has fallen so many points and climbed up so many points. You must have also heard and read the news of the ups and downs in the company’s stock, but what is SENSEX and how does it work?

After all, What is this SENSEX?

Stock market analyst Deepak Mohoni introduced the term SENSEX in 1989. It is made up of two words, sensitive and index, i.e., sensory index. The SENSEX is the benchmark index of the Indian stock market in India. It refers to the fluctuations in the share price listed on the Bombay Stock Exchange (BSE). It started on 1 January 1986.

How is SENSEX Formed?

The selection of these companies is made by the Index Committee of the Stock Exchange. Many types of people are included in this committee. It can also have people from the government, the bank sector, and well-known economists.

How does the SENSEX Fluctuate?

Think of it as such that if the company launches a new project, its shares are expected to increase. If the company is in difficult times, then investors start leaving the company. This has a negative impact on the share price, and the SENSEX begins to fall. Every company has a weightage in the index.